Bonding of Father and Son 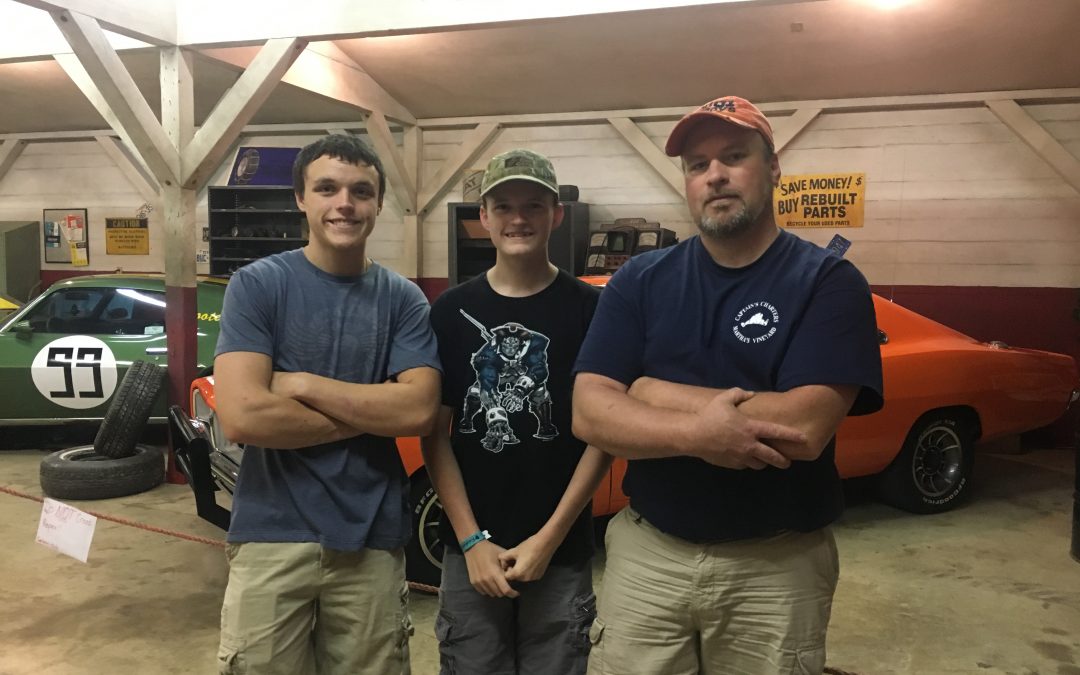 “Morning of the Prize”

3:00 a.m. Trailer hooked and ready, truck gassed up, drinks in the cooler. Off we went into the pitch black of the morning, empty trailer in tow. The trek was set to be a three-hour and four-minute drive into the back woods of northern VT. The boys and I were extremely excited and could not believe the day had arrived for the long talked-about Charger to become a reality. Ten exits up Route 91 in VT and we were at the exit to head north for another 45 minutes towards east Bum F-VT.

It was now 7:30 Sunday morning and I heard a loud “bang” and felt a wavering trailer. We had a flat! Now what? We were in God’s Country VT at 7:30 a.m. on a Sunday with no spare. I used my phone to search Google to see what places might be close by. I found a listing for NTB that was about three miles from our location. I immediately contacted my buddy Kevin who was the Regional Manager for the NTB’s up and down the East Coast. “Help, we have a flat and no spare.” He put a call into the manager at the NTB that was near us and he said to come on down. We dropped the trailer in its place, removed the wheel with the flat, put it in the bed of the truck, and headed over. Believe it or not, these nice people had gotten up out of bed, seeing as they did not open until 9:00 a.m. They took care of us and sent us on our way. We went back to the trailer, reinstalled the wheel, and off we continued with our adventure. 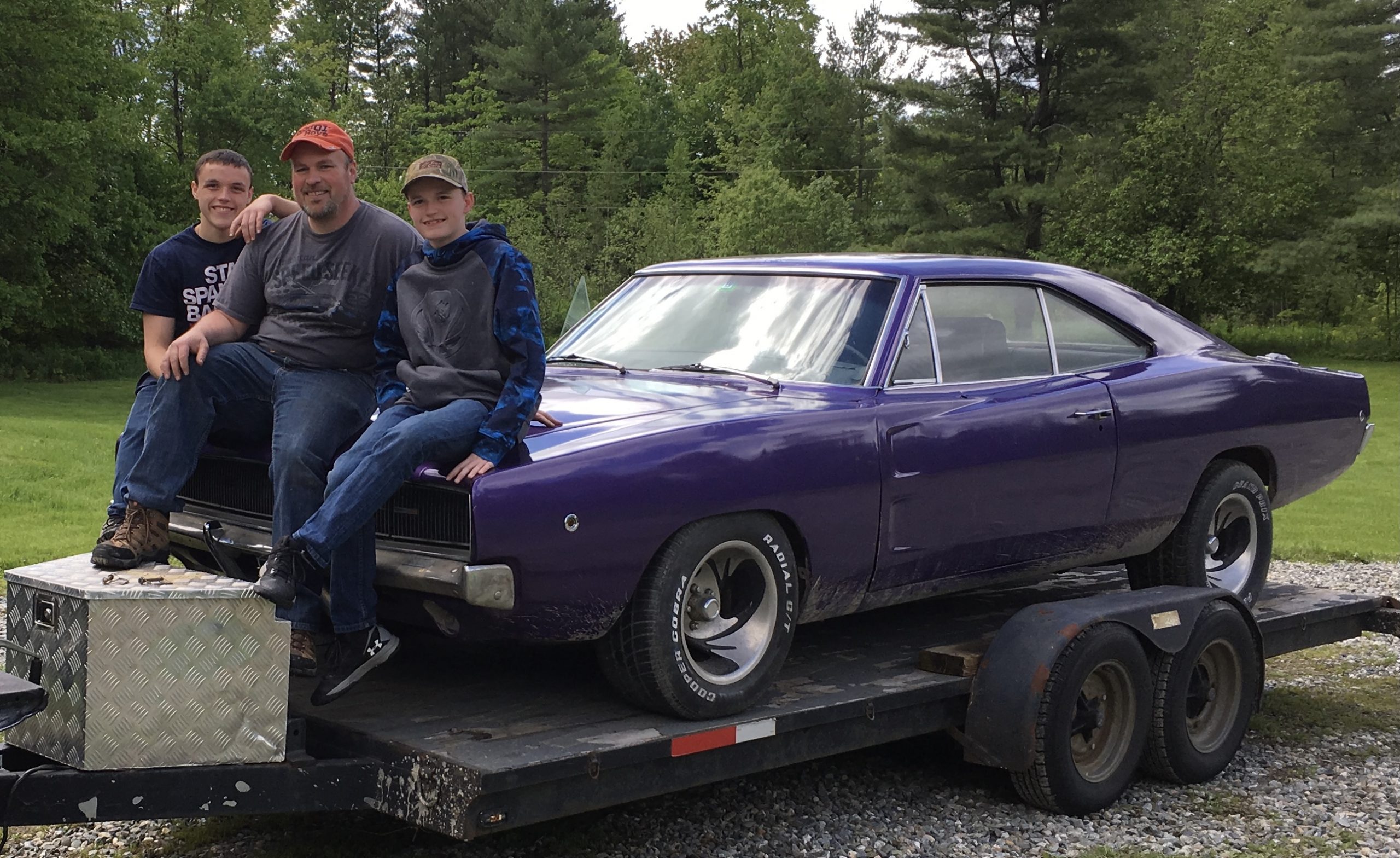 After getting back on track of our voyage with the three-hour drive, flat tire, and all the chaos of the early morning, we continued for another 45 minutes on dumpy roads. I turned to my two boys and said, “I’m not sure if our trailer is wide enough for the car.” This thought remained at the forefront of my mind for the rest of the drive.

We finally arrived at the house where the car was, and it was everything the guy said it would be. However, the “Will it fit on the trailer” question remained unanswered. I took out my tape measure from my toolbox and measured from outside wheel to outside wheel on the Charger: 72 3/4 inches. Then I measured inside fender to fender on the trailer: 71 inches. My fear became a reality: the car would not fit! I thought quickly and said to the guy, “I need some lumber to build up the inside of the wheel wells on the trailer so I can drive the car up over the fenders.” (I had also measured from outside rocker to outside rocker on the charger and it was 69”, so I knew if I could drive it up over the fenders, it would rest in place.) We put the wood down on the deck of the trailer and drove it right up over the fenders. It feels right into its place with ¾” to spare on each side. “Phew, it made it.” I shook hands with the guy and off we headed for home. 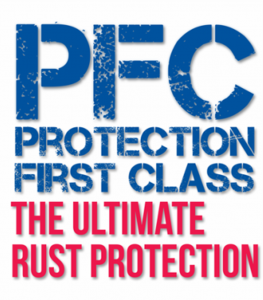