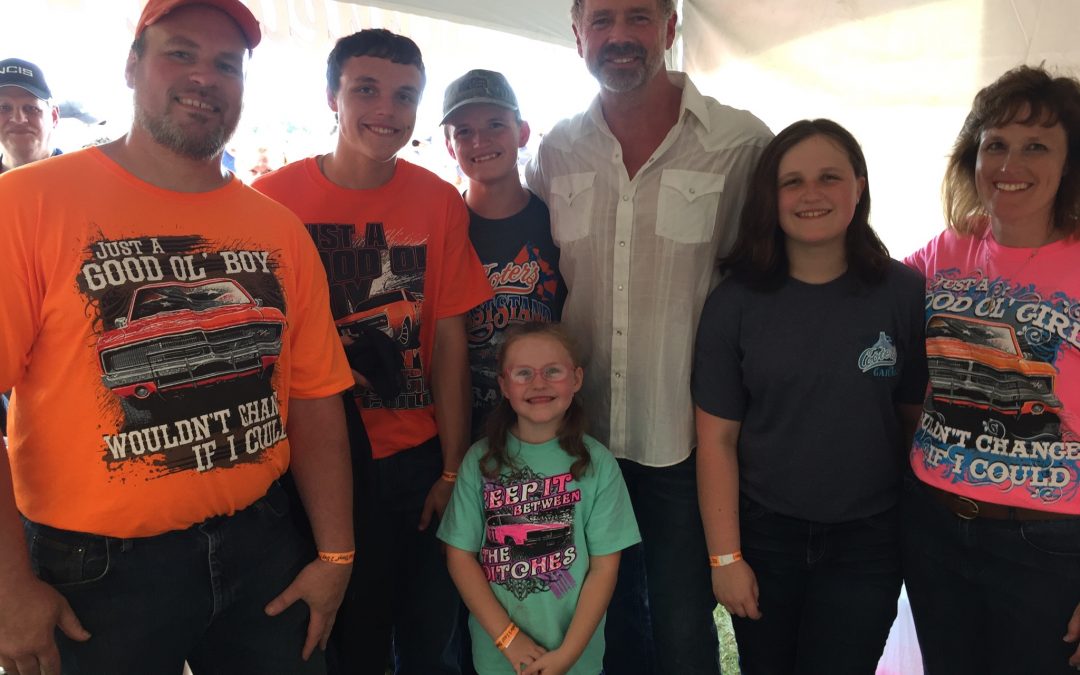 The next day, it poured rain all day long and I figured the event was going to be a bust. However, by 4:00 p.m. that day, the sun came out and everything brightened up. The next morning, the sun was shining high upon the mountainside, and off to the event, we went. 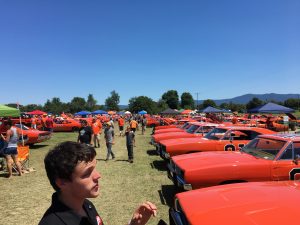 “Wow!” was all I could say when we arrived. There were over 300 General Lees and all kinds of down-home fun you could imagine. Cooter’s Fest had attracted over 300,000 Dukes fans from all over the United States. I had removed the glovebox from the Charger before we had left home so we could get signatures. We were not expecting the lines from all of the people to be there! We broke off into three groups to wait in four separate lines for a total of 10 hours. We got Daisy, Enos, Bo, and Luke the first day.

The next day we broke off again and got Sherriff Little, Cletus, and Rosco’s wife, who was signing for him, as he had passed away. The only person we had left to get a signature for was Cooter. We had heard that he might be signing that day over by his tent. We waited in line for four hours for a “maybe” signature. He came out and said he was only signing for families with small children for the next generation of “Duke Fans”, which was of the utmost importance to him. That meant we were in. We got his signature and now had a complete, signed cast member glove box for the General. 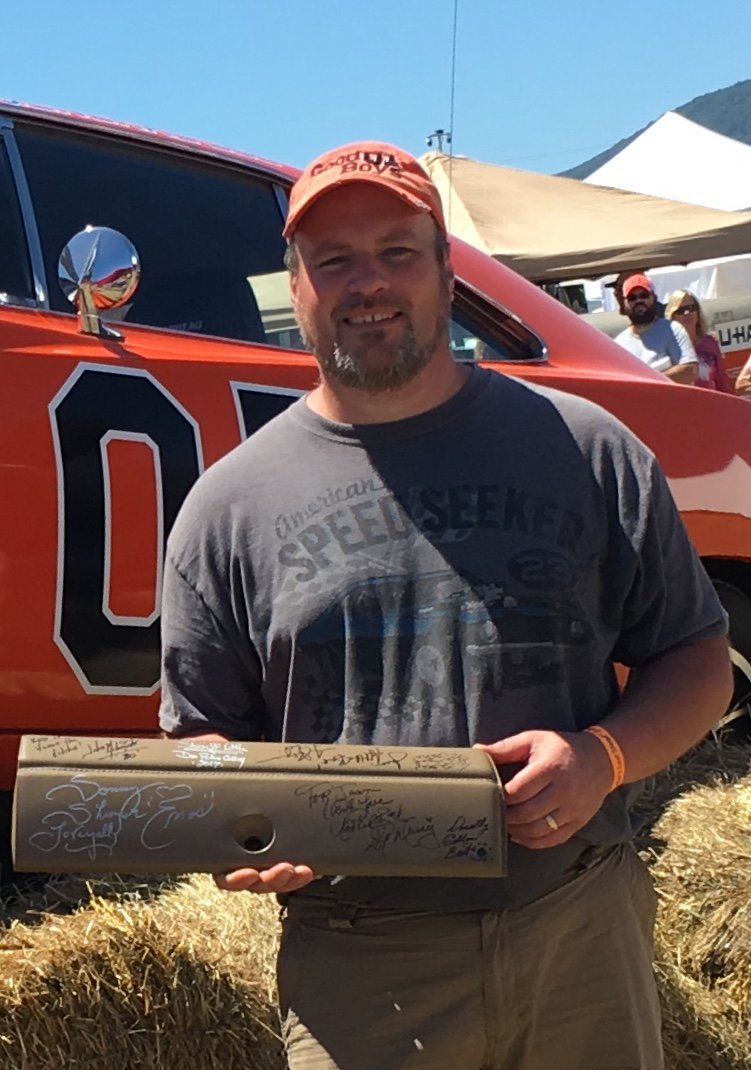